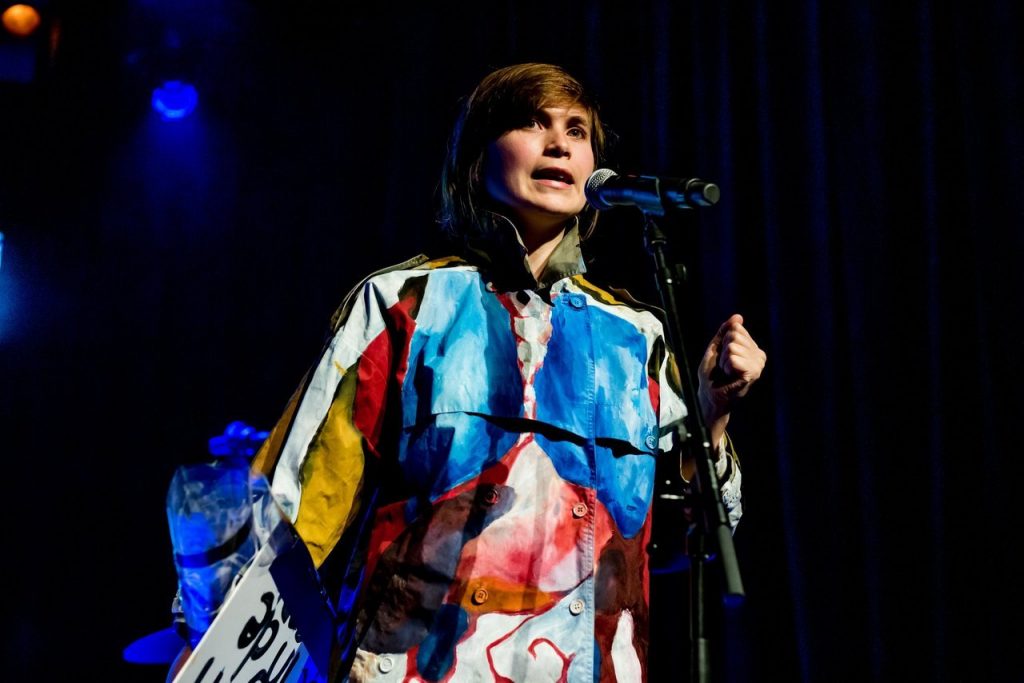 Originally from Antwerp, Charlien is the Programme Coordinator for UBIK and S/LASH Gallery. After gaining an MA in Law, she went on to study Image & Language in Amsterdam’s Gerrit Rietveld Academy. Since joining WORM in the summer of 2016, Charlien has played an integral role in orchestrating some of the city’s most cutting-edge contemporary arts programmes.

C: More than anything, it’s down to earth. I have a background in Belgium and Amsterdam; in comparison, it’s much more open here in Rotterdam – both in terms of architecture and also in terms of the people.

It almost seems disconnected in some way from other parts of the Netherlands. There’s a lot of wind going through the city and through the people, which makes a lot of space for new ideas. Everybody wants something. Everybody is ambitious, I feel, and no one is afraid to try.

Rotterdam is the city of second chances. You can try something here and fail, try again and fail, and try again. Yet still, opportunities arise. This also makes the city very DIY – very hands-on, but also very fast and very tired. Everyone has this great mixture of energy and tiredness.

WOR: How does WORM fit in with this idea you’ve depicted?

C: As an experimental-based art centre and public venue, we like the world to be part of our space in the way that we don’t have a stage, but spaces in which people can build up from whatever they imagine. It’s really up to the people what they want. We work with artists and people within the city who have an artistic wish they want to share (like The Barber’s upstairs that now occupies the old smoking room.)

We all work part-time here, whilst connected to other projects – it’s fluid. We have an almost 7-day programme, linking back to this combination of inspiration and tiredness. You see it here. We like the idea of trying new things, so we don’t do a programme at the beginning of the year for the whole year to come. We try out new things and work with new people, giving them space for innovative experiments. And also, for ourselves, it gives us a thrill to have this sense of surprise.

We have very specific workshops – for example the sound studio or the Filmwerkplaats (the only place in the Netherlands where you can work with analogue film.) It’s these really specific spaces that attract artists who want to have material-based contact.

WOR: How did you find your way here from your MA in Law? How does your background fit into what you’re doing now?

C: I was always very interested in language and theatre and how you can use language to change something … I was very idealistic. I wanted to change the world and the way people had dialogues with each other.  For example, once a lawyer or court judge becomes involved in a case, it usually means that people can’t talk to each other anymore. I find this language of the law an interesting tool to reflect on things in a different way, such as the question of autonomy. I always liked the philosophy and ethics aspect of law – questions such as “what is autonomy?”, “how much can people choose for themselves?” and “who is here to decide?”

In 2017, I invited a Congolese artist here for the first time. He came and talked about the colonial past of Belgium in the Congo, which appealed to me due to my background. I had finally met someone who could really talk about it and not through the typical lens of a newspaper or a historian. We really got to discuss the roots of the story. 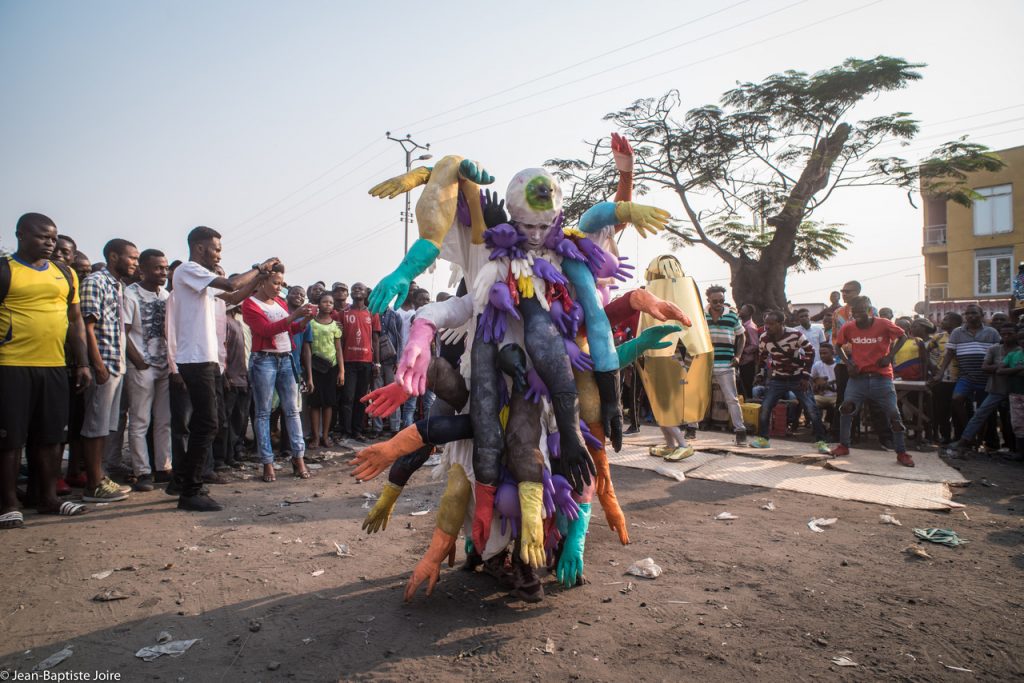 When I was in the Congo myself for the first time, I felt glad that I was not a lawyer or working for a human rights organisation; then I would not have had the opportunity to really be present with these artists in the streets – I would have been in a Jeep with security and many rules to follow.

So, I still use language a lot, but now I have the freedom to connect with people.

WOR: What would you say is unique about the arts programme at WORM?

C: There are a lot of up-and-coming venues focusing on experimental music here in Rotterdam, and we definitely share in this interest.

The unique aspect of WORM is in the arts and performance programme, and how my colleague Rae deals with the archive. Rae brings it to life through residencies, which is something that you don’t see much – especially in Belgium. We really give the floor over to the artists and place it out of our hands. We try to professionalise and coach the artists we work with, but I think the level of freedom we give considering the size that we are is very rare. We take more risks with the programme compared to other institutes, rather than focusing on ticket sales, in combining gut feeling and intuition with an eye for minority groups and communities in the city who are looking for a voice. 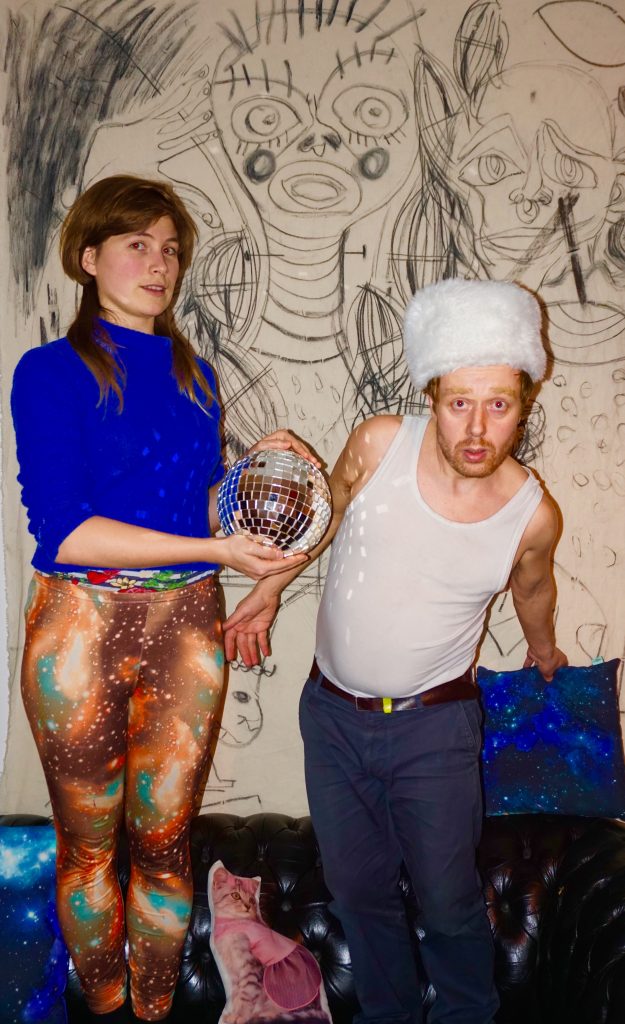 WOR: What are you working on at the moment?

(the following events were highlighted by Charlien, we are aware most may have now been cancelled or postponed but we urge you to look into the organisations and keep up to date with rescheduling)

C: Within WORM- in May, we’ll be working with an artist to develop a football canteen in the exhibition space as a place for people to gather and share activities through sports. But as well as this connecting aspect it also has a darker side, where people can gamble and engage in conversations around poverty and betting. We’re working with Joost van der Wiel – a documentary maker who filmed people in Africa gathering in DIY canteens to watch football together and the dark side that surfaced. On the one hand, football is one of the most connecting sports, but it’s also an economical sport – it’s this really interesting combination of money, gathering, the social and the destructive – something I’m currently researching.

I’m also talking to an amazing collective Gang of Witches from France – a feminist ecologist gang who’ve been working together for 9 years. Each year they hold a performance festival and discuss a planet – last year it was Mars presented through their festival ‘Patriarchy is Burning’. This year their festival will be ‘Gaia Rising’ focusing on Earth. They are organising an event in Paris on 6th June and I proposed some performers to go there. They will then come to the Netherlands in July to ‘Welcome to the Village’ festival in the North of the Netherlands, where we will collaborate on a ritualistic performance questioning how we can take back Earth. After, they will come to Rotterdam to develop this further. This coming and going is something I like a lot – forming collaborations in different cities with different partners. 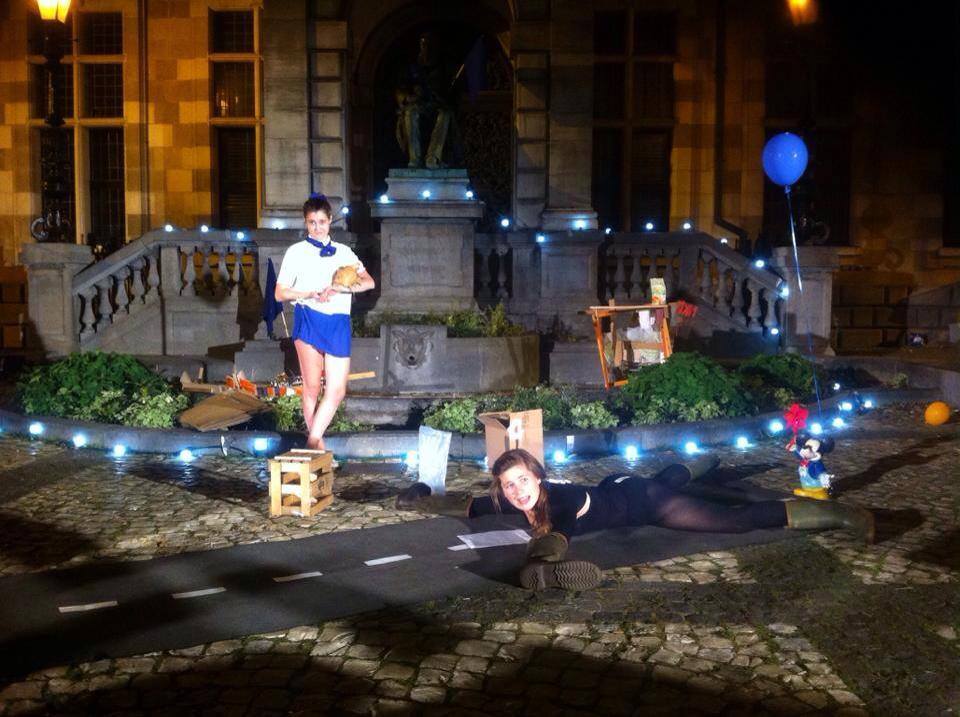 WOR: Are there any events coming up in Rotterdam that WOR should look out for?

C: So many! Short-term or long-term?

C: On the 24th March there’s a queer performance art evening special edition ‘Omni Toxica’, which starts in Wunderbar with a speech. The public is then dragged to the gallery with a live-stream performance, then taken into the big performance space with interactive performances researching the origins of Coca through the thrill of being alive, but also its destruction. Its and interactive/performative theatre piece.

In May – there’s the football canteen I mentioned.

The MOMO weekend! We have an artist from the US who makes neon sculptures. We will do a bike tour throughout the city and have the zine community of Rotterdam make a zine with different essays, which we will combine with sound performances by the Resistor Collective. It will be females and femmes performing. We will also host Poetic Resistance– a collaboration of a punk band and poet.

A number of creatives – including me – are organising and helping stage an opera at Pension Almonde in the final weekend of May.

My husband and I also perform together and do projects – something is coming up with our Congolese partners. We’re applying for a podcast about 60 years of independence – we will do performances in public spaces at the end of April in Rotterdam. 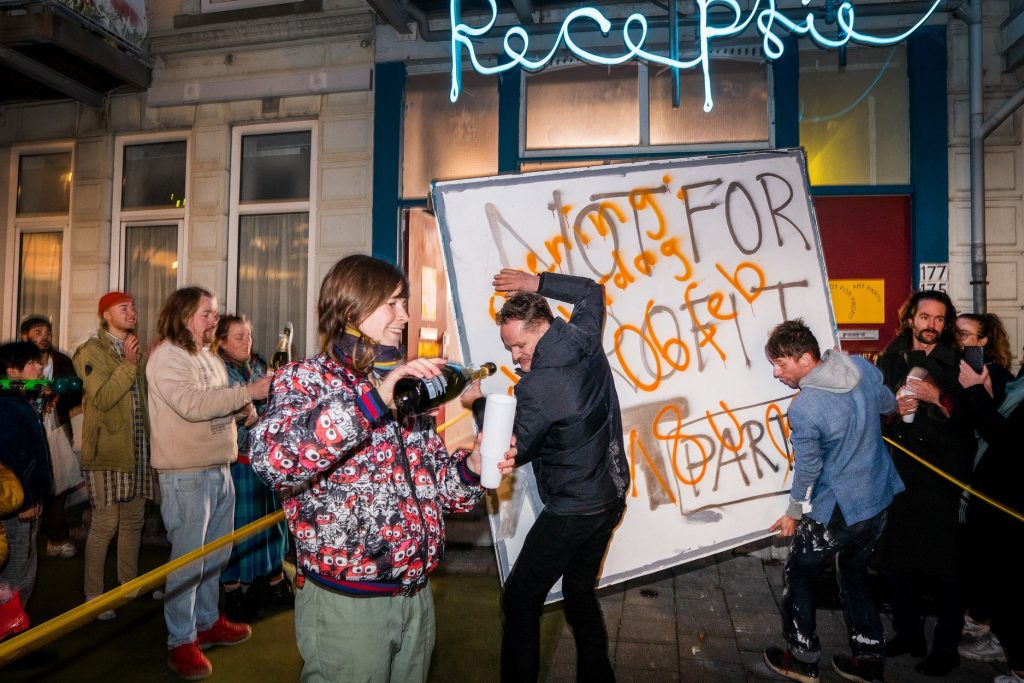 WOR: Do you have a favourite cultural space in Rotterdam?

C: I’m often at Pension Almonde – I really love the atmosphere there and what’s happening there at night… like the secret bar… am I allowed to say that?! I don’t know… but they have a really nice bar!!

On Kunstavond on Fridays, I’m often visiting my colleagues, to check out V2_Lab for the Unstable Media and Mama and Tent.

I love Zoe from NIFFO Galerie/ Recycle Studio – she’s an amazing person, completely connected to everyone around her in the neighbourhood. NIFFO is a small gallery space in the south where she also runs a lot of workshops with teenagers.

De Player is another place where you can find me – it’s my second love in the city. (De Player is a polymorphic production platform in Rotterdam, which has been putting together programs on the cutting edge of performance art, experimental music and the visual arts.)

WOR: What do you do in your spare time/ any other hobbies?

C: Well, most of all I work in my spare time! I am part of a science fiction book club which I love (I’m reading Frankenstein at the moment, a novel from 1818 – I love it!) We try to read a combination of male and female Sci-Fi writers. We’re all people who have never read a lot of Sci-Fi before, so we try to choose both classics and also some new things.

My husband and I are currently working with the Congolese artists I mentioned, and we go there once a year to perform. We are also preparing a show in Antwerp in June that will run until September.

There’s also the podcast, as well as another audio play together amongst other projects. My house is one big office! Spare time is something I don’t really miss – whenever I have spare time we are just talking about new projects. We tried to buy a school building in Rotterdam to re-build into an artist housing collective, but our offer was not high enough, so now we are looking for the next project – it’s always moving!

In the case that an event is cancelled we encourage you all to stay up to date with future events and to find alternative ways of supporting however you can!

by Rosanna Pycraft and Nicole Jesse

Love the We Own Rotterdam crew x