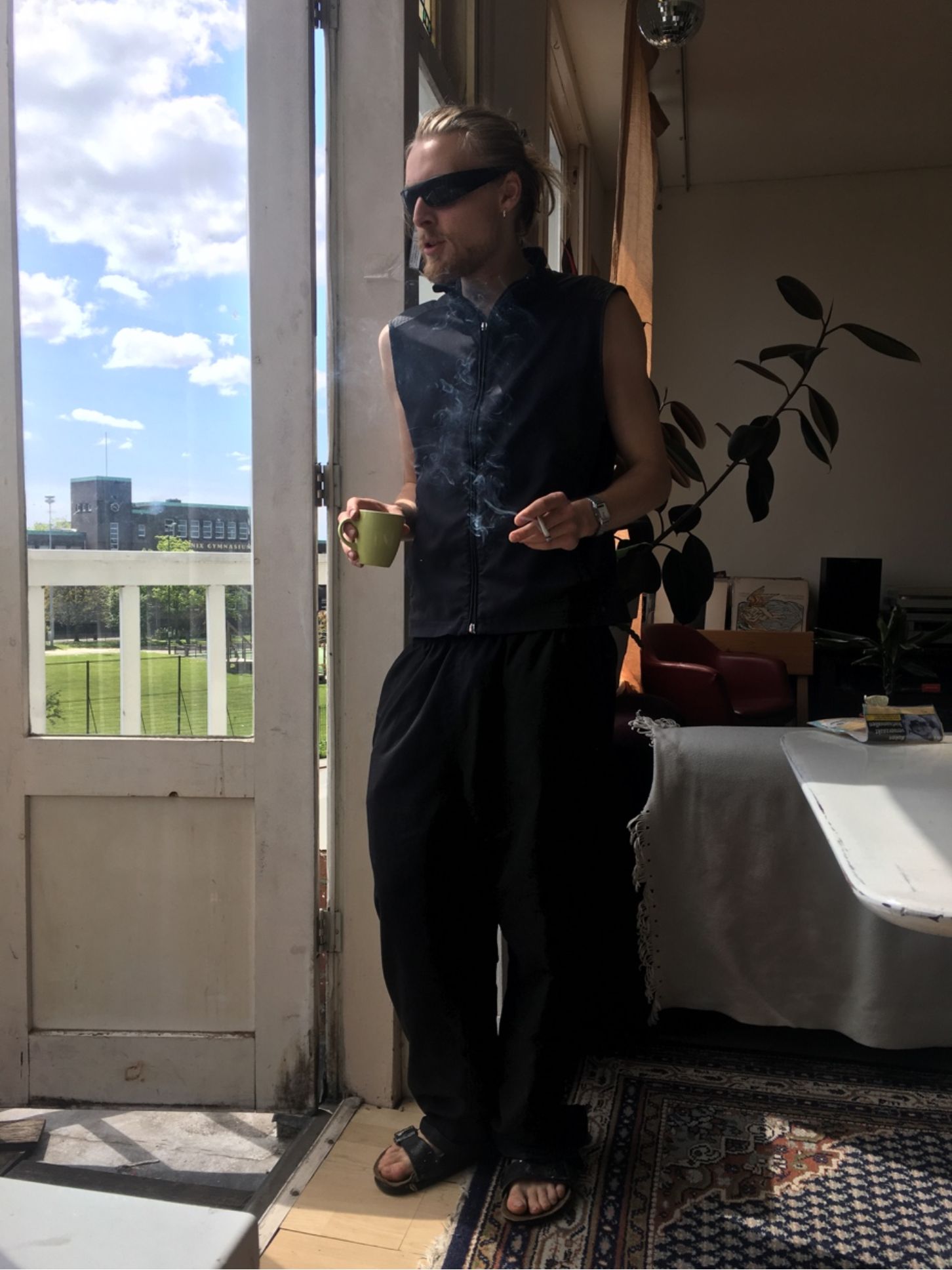 Tell us a bit about yourself and what excites you about your work as an artist living in Rotterdam?

So, I’m an animation student in my graduation year at the Willem de Kooning Academy (WDKA). I don’t necessarily consider myself an animator, rather a film-maker. After many years of experimenting with different mediums, I found animation an amazing tool to portray my ideas. That’s part of the reason I moved to Rotterdam – I was intrigued by the animation course offered by the Academy. Living here, I think the sense of community amongst the young, creative people is so special, completely different from London where I grew up and did my art foundation. There’s a real sense of enthusiasm and opportunity for creatives here. There are so many areas of expertise and specific places in Rotterdam where these different talents make the city a vibrant and exciting place to be an artist.

I also work as a storyboard artist for a creative commercial company – Media Monks – based in Amsterdam. I work alongside directors, sketching out ideas for commercials (the ones that you’re dying to skip when watching YouTube videos). My latest commercial was for Sultana – the little Dutch biscuits, they’re pretty horrible actually. 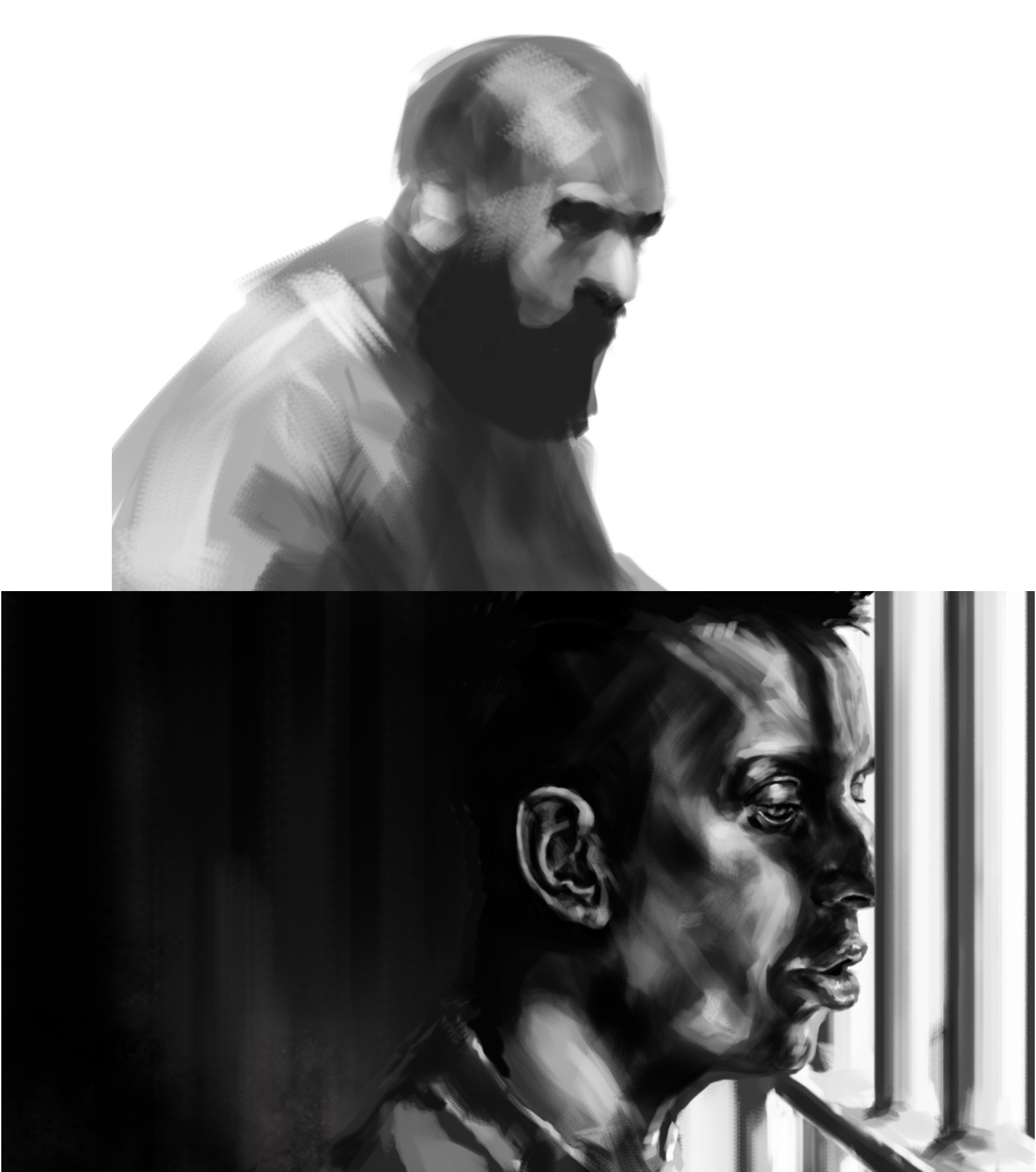 Can you tell us about your graduation project?

I’m collaborating with a music producer from London – CYPHR– who happens to be my brother (check out his music, it’s insane!) We’re creating a video art piece based on this Japanese art form called Kusôzu that originated in the 13th century and continued until the 19th Century. It’s a traditional Buddhist teaching that translates to ‘painting of the nine stages of a decaying corpse’. It depicts the process of human decomposition, represented through graphic watercolour paintings, which were used as a method for monks to study impermanence and the impurity of the body.

The idea is to create a contemporary interpretation of Kusôzu, using my own body to represent the nine stages through a dance form called Butoh: ‘the dance of darkness’, which also originated from Japan. It arose in 1959 as an avant-garde dance form where the performer finds themselves in this spiritual out-of-body state. It’s like a modern shamanic dance.

‘Teeth’, clip from project with CYPHR

What role does art play for you in your life and what made you want to become an artist?

Well, my dad – Tony Beaver – is an artist and my mum an art director, they met at art school. So, for my whole life, I have been exposed to art and creativity. Some of my earliest memories are of my dad taking me to art galleries, like the Tate Modern and Tate Britain. He would show me his favourite artists, such as Picasso or Francis Bacon and the way he spoke about their work was so inspiring to me. I remember him taking me to The National Gallery and my first exposure to the great Renaissance painters – Zurbaran, Caravaggio, Rembrandt – and their mesmerising understanding of realism and light. It completely fascinated me! For these painters, being an artist was not about having a creative mind, rather art was seen as an academic subject with the idea that if you study something long enough, you’ll become good at it. This idea that you’re not born gifted, but that anyone can be good at art, really rings true to me. You need to love it and spend enough time doing to become skilled.

For some, it’s natural to rebel against what their parents do, but for me, what they did as creators seemed so appealing. I was brought up painting with my dad, fixing things with my mum and building stuff. 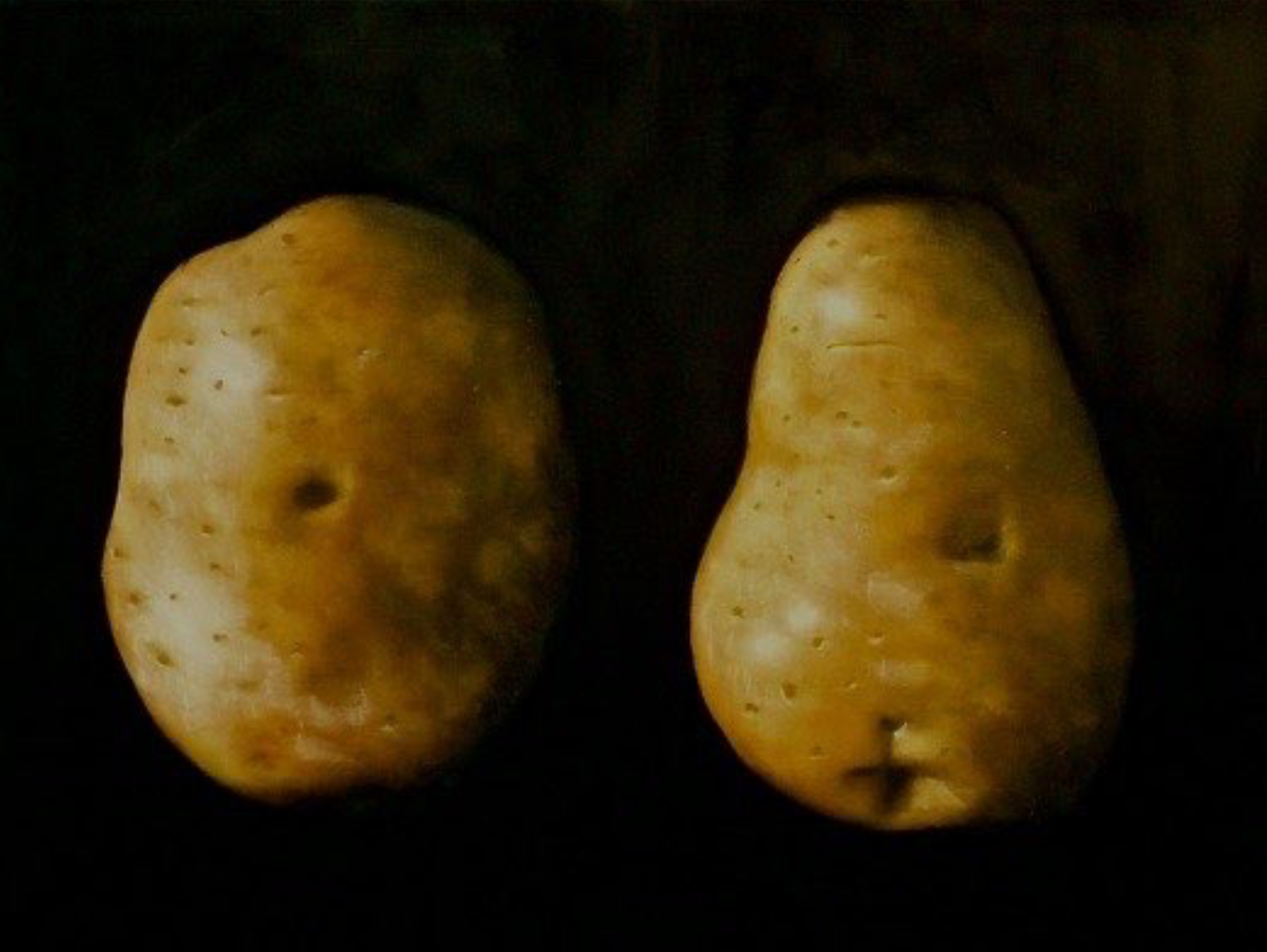 Bit of a jack of all trades then…

Yeh, haha. Being taught from a young age the importance of using your hands and being resourceful has got me to where I am, in the sense that as an artist I’m quite flexible. Whether I’m making film, doing a drawing, a painting, or using the metal workshop… I think it’s just a fascinating way to express oneself using different materials.

What 3 artists inspire you most and why?

I’ve been obsessing over the work of Chris Cunningham, a British video artist. He hasn’t produced anything in a while, which is a shame. But, he’s best-known for his music videos for electronic musicians, such as Aphex Twins’ ‘Rubber Johnny’. He has such an interesting mind, for example, his music video for Björk ‘All is Full of Love’, where he depicts her as a robot who eventually makes out with another version of her robot self. He makes these videos into an art piece, unlike many music videos you see nowadays which are cinematographically trashy and generic. His film ‘Flex‘ from 2000 is another favourite of mine – a must-see.

Relating to my current project, there’s this Butoh artist, Atsushi Takenouchi – a tiny, skeletal Japanese dude who dances so beautifully. In one film, ‘ANDINA’, a collaboration with music producer STAY LO, he moves to this electronic music in such a delicate, spiritual way. It’s visually fascinating and completely captivates me.

Then, I have to mention someone who has always been a source of inspiration – Alberto Giacometti, mainly for his humbleness as an artist. He was around the same time as Picasso, in that 1920s romantic period of art, but unlike those whose fame and wealth took over their lives, he always stayed modest to his art practice. Disregarding his fame, he never changed studio. He had this fascinating accuracy in the way he produced his clay figures. He was a good man! 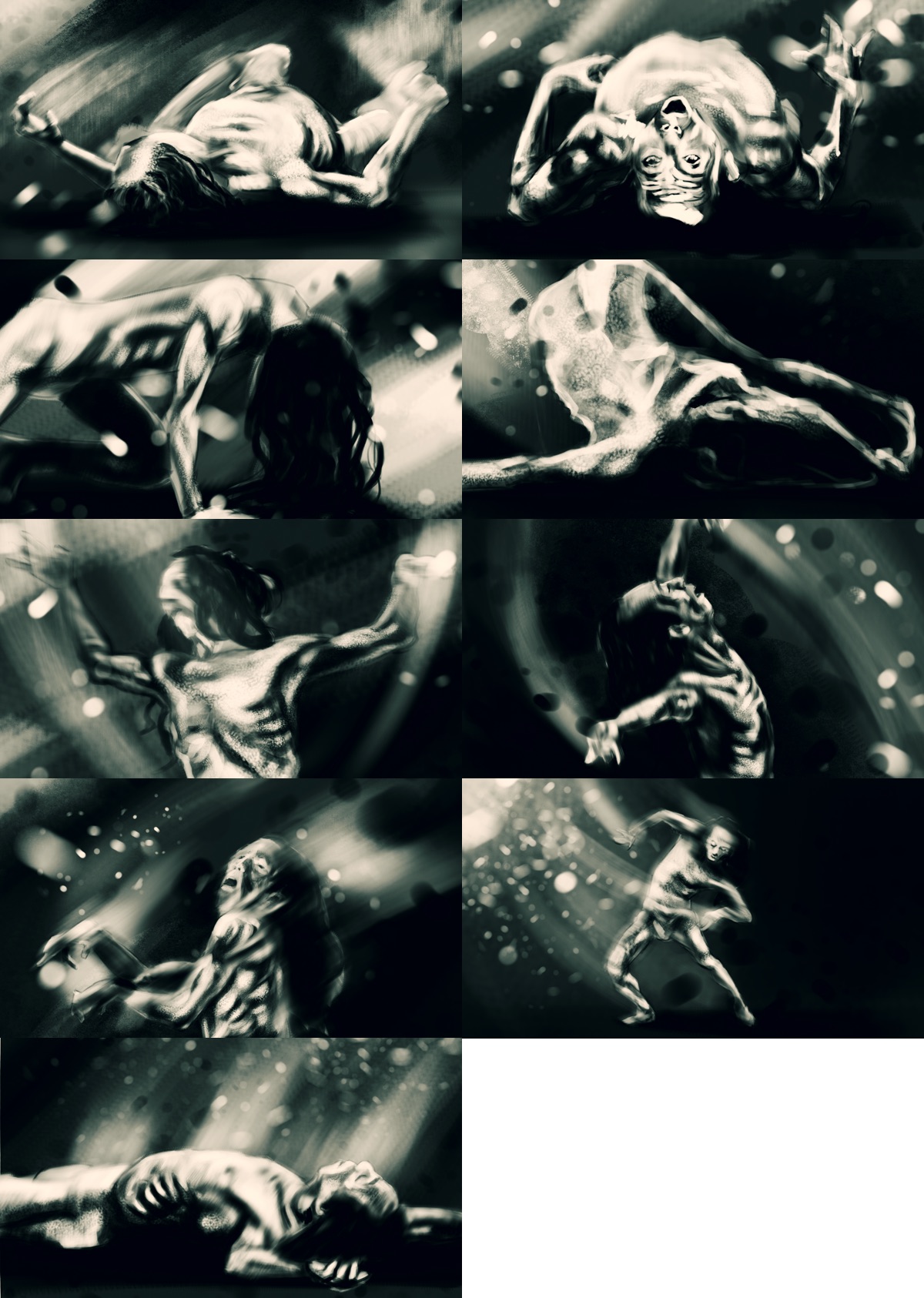 How have the current social sanctions affected your day-to-day life?

The first two months of lockdown were difficult; I was moving between so many different locations, which made the creative process almost impossible as I didn’t have my own space. Being back in Rotterdam, especially as an animator, it’s useful as now I have much more time to create a substantial amount of work. I miss going out, but it has allowed me to be more productive. People say that you’re lucky in this time if you’re a creative person as you have the chance to go inward and be expressive. However, I think creative individuals can be self-critical and therefore this introspective period can induce self-doubt, which has been a bit of a struggle for me.

Are you doing anything in particular that’s helping you cope with this period of restriction?

Again, to reference up Butoh, I’ve been following Adam Koan, who does an online course on the dance. It’s been great as a kind of meditation for the body. I’m cooking loads and staying true to yoga with Tim Sensi, a great online instructor from California. He’s one to watch if you’re not the most flexible of individuals.

But, for me, more than anything this period is about work, just work, work, work!

What plans do you have post-graduation?

Change! I want to experience a lifestyle more fulfilling than spending 10 hours in front of a screen. I’m hoping to volunteer as a WWOOFer (world-wide opportunities on organic farms) in Portugal for a couple of months to learn about sustainable growing and planting, as well as going back to this sense of resourcefulness in using my hands. Then I’d like to continue animation and a pursue a film-making carer with new-found energy. My plan is to move to Lisbon to experience a different pace of life and culture (the food is amazing!)

What do you hope to take away from this experience, moving forward?

Something that has resonated with me is family and keeping close with them. One amazing thing that’s come from this, is the importance of keeping regular contact with loved ones. I cherish that communication and it’s helping me realise how close I want to stay with my family. I think there’s something quite beautiful that we can take from this whole crisis. 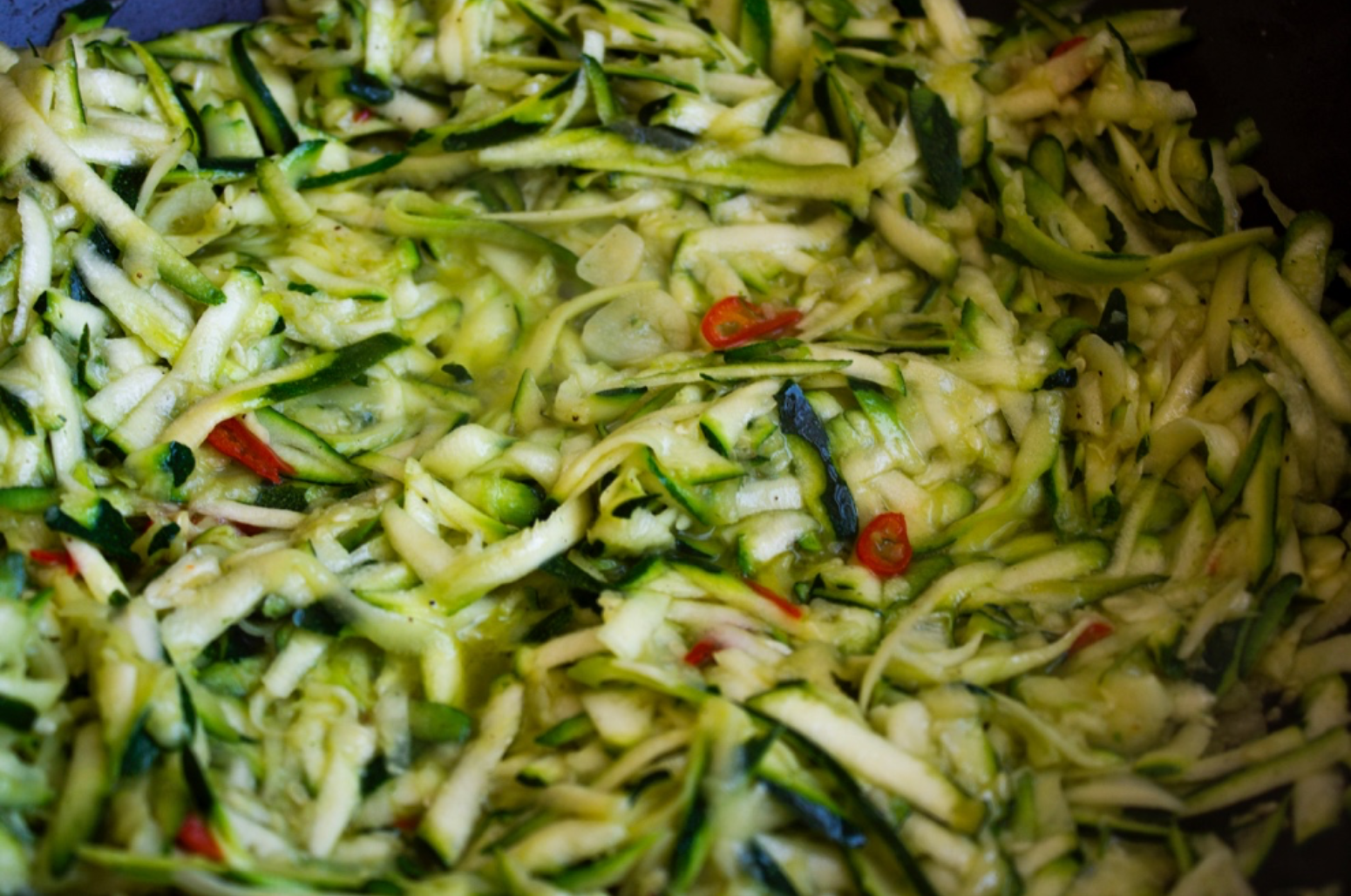 Boil water for pasta. Heat pan medium, add loads of oil, lots of garlic- early to flavour the oil, add chili, add grated courgette, the courgettes will release their juices, creating a sauce for the pasta.

Season and serve with fennel coated in a mustard, olive oil and balsamic vinegar.

Love the We Own Rotterdam crew x